A jaunt to the herbalist, yesterday. I asked for some bladder-assisting herbs, which he provided and which may be doing something helpful... we'll see.

More observations, of my own challenges... If I don't eat by the clock, I hit the wall. Sure, we'll eat a littler later, one person may say.... but no, now I've hit the wall, don't have the energy to even attempt to eat, and if I don't eat anyway, I hit the wall harder. A good way to get into the "NOTHING helps" state.

Plus, software bogosity. Apple said I should install this OS upgrade. Well, I did that, but now no applications that rely upon the "piano keyboard" for well, anything, don't work. Now, even if I wanted to create music, I couldn't. Great... I have been robbed of playing the organ or pretty much any other beloved instrument by the MS pathway, but this is Apple telling me that it will Make Things Better and things now wind up not only worse, but unrecoverable. Gone.

I do not with ill fortune upon them. Well, not as such, but what I do wish on them is... So, you've made this better? Good. Use it yourselves.

As Gordon Ramsey is often heard to say on his various cooking shows...

"You served this without tasting it." 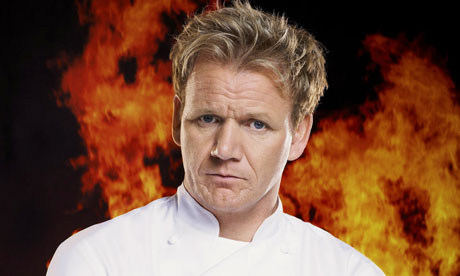 Serving it without tasting it. Great idea... or rather, as Pops often says on Regular Show...