And I'm going back to the "sleep all day" way of doing things. So nice to sit at the computer and do some music stuff, even if it's just tidying up some scores and shipping them off for Christmas postlude, maybe. Time to jigger my web site's front page (check it out later today, perhaps I may even have completed the adjustment by then). I had even started work on a Magnificat, maybe I'll get some of that done too? We'll see.

My regular see-him-every-week MD significantly pared down my pharmaceutical load, especially in the "get the bladder emptying" department. "They lover prescribing this stuff," he said, "But for people like you, they just can't help you, there's no point to keep trying." If I want to get stuff moving through the system, all I need to do is drink more tea, which I enjoy anyway.

Urologist talked about the bladder "overflowing"--of course it doesn't actually do that, but for MSers, often what happens is when the bladder gets full "enough," wherever "enough" may be, it starts trying to leak or desperately squirt out at least something. But not to empty, that stuff stays there until you cath yourself.

I can't help but remember Sawajima Mamimi from the anime FLCL, who in the first episode was confronted by a giant something-or-other and kept crying "I'm going to overflow!" 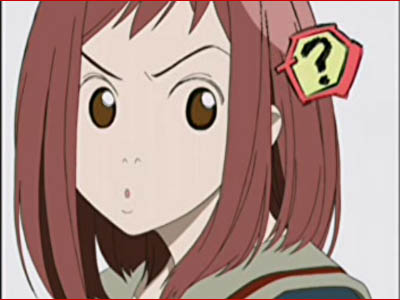 Nonetheless, in the time/energy/whatever currently available to me now, I'm going to jump back to something musical, probably web-site tweaking, and a thank-you note sent via Facebook of all things. Then more music? Who knows...

By then, I may be about to overflow.